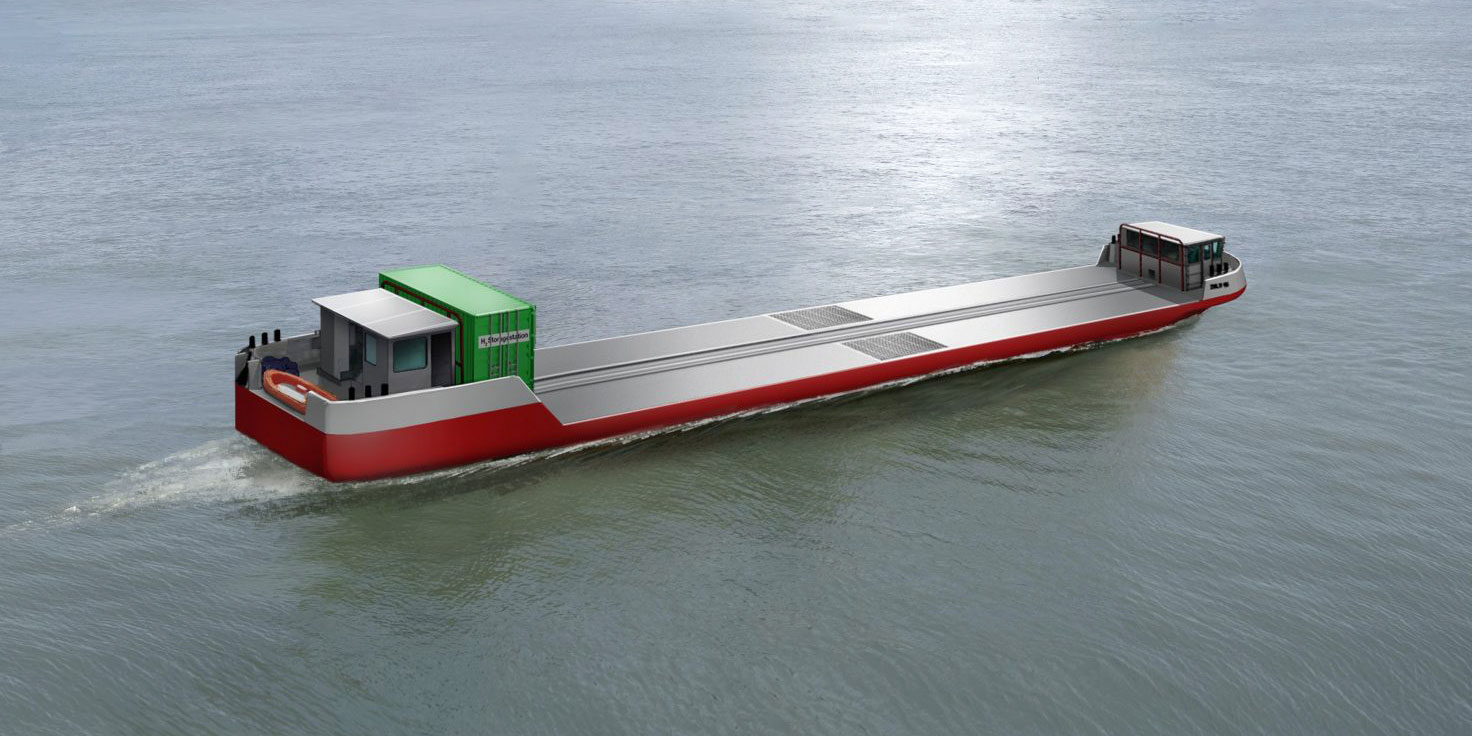 The European innovation project Flagships will deploy the world’s first hydrogen-powered commercial cargo ship, which will sail on the Seine in Paris. Commercial operation is expected to begin in 2021.

The hydrogen-powered cargo ship is owned by French river shipping company Compagnie Fluviale de Transport (CFT), a subsidiary of the Sogestran group. The company is currently developing a new urban distribution business with transport vessels in the Paris region.

“The demand for more sustainable technologies in river transport is growing. As part of the Flagships project, we are pleased to lead the way in reducing transport emissions and to demonstrate the superior characteristics of hydrogen fuel cells in river applications,” says Matthieu Blanc, director of CFT.

The European Union and the shipping industry see hydrogen as a key element in efforts to mitigate climate change. The Flagships project received €5 million in funding in 2018 from the EU’s Horizon 2020 research and innovation programme, under the Fuel Cells and Hydrogen Joint Undertaking (FCH JU), to deploy two hydrogen-powered ships in France and Norway.

The project initially planned to deploy a hydrogen pusher in the Lyon region, but as the wider potential of hydrogen in freight transport became apparent, the demonstration pusher was modified to become an inland freighter. The new vessel will be responsible for transporting goods on pallets and in containers along the Seine.

This change of direction is based on the experience gained by the Sogestran group in Belgium, where Blue Line Logistics (BLL), another subsidiary of the Sogestran group, operates three cargo ships that sail under the concept name “Zulu”. A Zulu vessel has also been commissioned in Paris, and two more Zulu vessels are currently under construction for the same market. The Flagships project includes the installation of a hydrogen power generation system on one of the new vessels, which is scheduled for delivery in September 2021. Blue Line Logistics plans to have the vessel running on hydrogen by the end of 2021.

“As we move forward with the energy transition, hydrogen technologies are gaining ground in the maritime sector. Flagships is a very exciting project for us as it leads the way in demonstrating how green hydrogen powered vessels can decarbonise urban rivers. By translating technological innovations into commercial operations, we can make zero-emission riverboats a reality in every European city,” says Bart Biebuyck, executive director of FCH JU.

The pieces of the zero-emission puzzle

The vessel will run on electrolytically produced compressed hydrogen, which will not only enable zero-emission operations, but also create a solid foundation for local zero-emission transport, both at sea and on land-based waterways. The Zulu’s power generation system will be supplied by ABB Marine & Ports, with fuel cells from Ballard. LMG Marin is responsible for the detailed design plans, with hydrogen supplied by suppliers in the Paris region.

The Flagships consortium comprises 11 European partners, including two shipowners, Norled (NO) and CFT (FR), assisted by their support companies Sogestion (FR) and Sogestran (FR); the marine OEMs and integrators ABB Marine & Ports (FI) and Westcon Power & Automation (NO); and the ship design company LMG Marin (NO & FR). Advanced fuel cell technology is provided by Ballard Europe (DK), while ship monitoring and power management is provided by Pers-EE (FR). Management and dissemination activities are provided by VTT (FI) and NCE Maritime CleanTech (NO) respectively.

About the Fuel Cells and Hydrogen Joint Undertaking

The Fuel Cells and Hydrogen Joint Undertaking (FCH JU) is a public-private partnership in which European industry, research, academia (represented by Hydrogen Europe and Hydrogen Europe Research) and the EU (represented by the European Commission) work together to accelerate the deployment of fuel cell and hydrogen technologies. The FCH JU supports a wide range of projects that contribute to placing the EU at the forefront of research and innovation, bringing the benefits of the technology to citizens and strengthening the competitiveness of the industry.

Other news from Sogestran Logistics